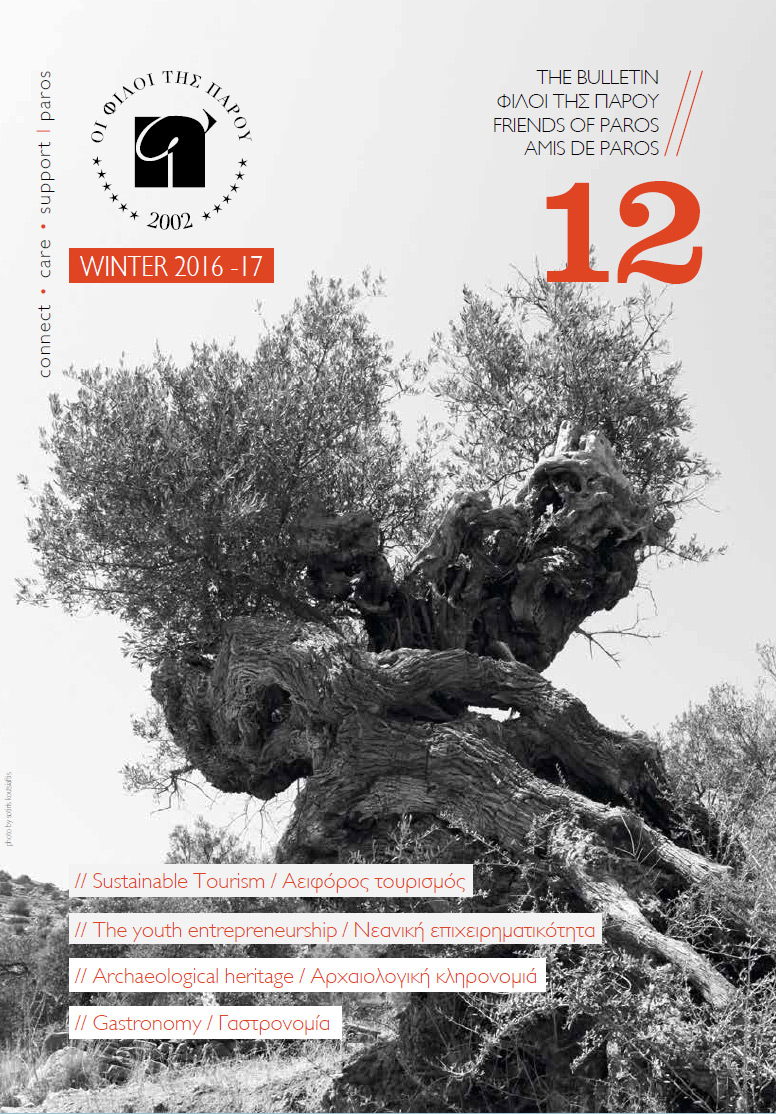 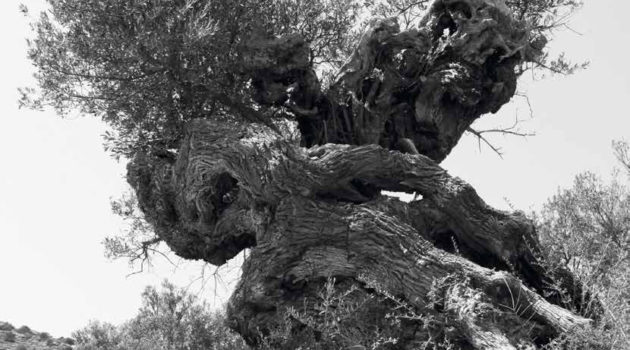 From the 7th to 5th century Paros was an important place of the Greek civilization with its large natural and highly secure harbour and its famous white marble. Parikia was a thriving city of 3-4 thousand inhabitants surrounded by a wall whose limits went far beyond the current peripheral road. From that time much remains […] 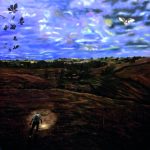 By Rory Brennan Fiat Justitia ruat caelum The searcher is pursued, the seeker sought. Why’s he hightailing it? What state secret does he know? Can the sky fall (vide Roman law) if he is caught? A Cyclopean moon casts light like napalm snow, freeze-frames the landscape into the Western Front. He dodges but is shadowed […] 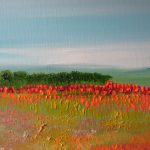 It is commonly understood that development on Paros was never programmed, but was always the result of diverse initiatives, some appropriate, many unfortunate. Recently we hear a lot about strategic plans, marketing plans, redefining the tourist products… Also speeches at all levels promote sustainable development, sustainable tourism, conservation of the character of the islands… Regrettably […] 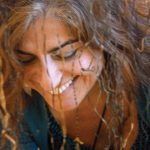 I grew up in Alyki of Paros, Greece. I graduated from Athens School of Fine Arts in 2010 and went to the US to pursue my MFA from San Francisco Art Institute in 2011, where I graduated in 2013. Since then, I live and work in both lands. I carry my island with me everywhere […] 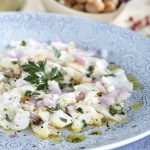 Here is a recipe with skate fish, which formerly fishermen used to cook fresh to accompany their cup of souma, since this fish did not not easily find its way to the market. I “revisited” the recipe by adding some dry white wine of low acidity, because there is already lemon juice in the sauce. […]

While 100% of donations are devoted to the cause for which they were donated, membership fees must cover the running costs of the END_OF_DOCUMENT_TOKEN_TO_BE_REPLACED