English » Wind Farms on Paros: The NO needs to be accompanied by an alternative plan to change energy model 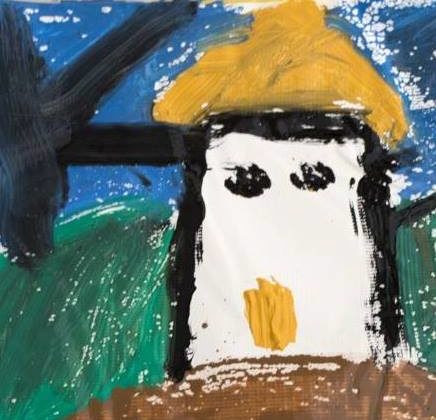 Communities’ issues cannot be black and white. For example, we can reject a proposal but this doesn’t mean that we have to maintain a situation. If it is no longer addressing the needs and values of society, it is possible to choose a better one, which is in the interest of the local community and the environment. This applies, for example, to the issue of wind turbines in Paros or elsewhere.

Communities need to discuss democratically and with arguments of the different available options and look for the most beneficial to society and the environment, for the one that gathers the broadest consensus and addresses the existing major environmental and climate problems. We need to be careful when we reject an option not to throw the baby out with the bath water.

In the passionate atmosphere of the moment on Paros where any opinion even slightly differentiated is considered “disloyal”, a position different from both the proposed project and the predominant position which is merely a short “no to wind turbines”, is difficult to be heard, even more to be understood.

It is certain however that the mass mobilization achieved on Paros is necessary to prevent the planed (unacceptable!) investment project of wind farms on Paros. However, the opposition to this plan shouldn’t result in maintaining the current also unacceptable situation, where the energy needed on Paros is produced by “dirty” non-renewable resources such as oil. The consequence is problematic and evident: pollution of the environment and contribution to climate change. Also, the import of oil burdens the state budget and the households’ and the country’s economy. Consequently, we need a real alternative planning for a sustainable development, which defines the place of Paros in the new energy landscape and its participation in the reduction of CO2 emissions that changes, as everyone now knows, rapidly the climate.

Why are we saying “no to the proposed project”?: The proposed project is primarily provocative as it is unconceivable that some people believe that such projects, with such important impact in the landscape and the environment, can be implemented in an EU Member State without transparency and public participation in decision making. For many years now there is a requirement at European level to follow procedures that ensure that any project likely to affect the environment is subject to consultation taking place at an early stage, not when projects are decided.

While the transition to another energy model is necessary for environmental and economic reasons, the way that renewable energy sources are promoted should take into account that local communities don’t have to say a simple yes or no. They must be those who have full ownership or a significant percentage of investments in RES, who decide on the extent and the location of projects, who benefit environmentally and economically from the change of energy model. In the dominant energy model, energy was produced by large companies that benefited from all the profits, but the new “energy revolution” aims to get energy into the communities (community energy) and be based exclusively on renewable sources. It’s worth of attention that tourist destinations that follow this model achieve improvement of their tourism product and gain visibility in the most privileged tourist markets.

We criticize the proposed investment project but not with false, non-science-based arguments that expose us to the ridicule, such as some conspiracy theory about “green growth”, the alleged ineffectiveness of wind and generally of renewable energy to replace fossil fuels, alleged health effects etc.. We must realize that all the countries of the Paris Agreement on Climate (2015) pledged to fully stop the use of fossil fuels by no later than 2050. Countries such as Germany, Scotland, Norway, Denmark have already shown their plans, while our country is obliged to do so.

When the issue was first discussed in the then Regional Council of the South Aegean, Nikos Chrysogelos (then Councillor of the Region with the group “Ecological Wind” and MEP) submitted a draft resolution “for the rejection of this investment”, which was adopted. But the decision was accompanied by a positive proposal requesting the Region and local communities to take initiatives for the promotion of cooperative energy schemes for the promotion of renewable energy sources in the islands, for the benefit of island communities and the environment.

It’s obvious that the local community will not accept a poor technical study defining the “carrying capacity” of Paros to 100 wind turbines, without having taken into account the scale and specific cultural and environmental characteristics of the Cyclades. The energy model of Paros and the South Aegean has to be developed in a participatory manner, taking into account scientific and technological developments and the commitments we have as a society to protect the environment for our children. Let us not forget that the islands are particularly vulnerable to the impacts of climate change.

People are angry and negative, understandably, but the anger must be turned into a conscious choice for a different energy model. At some point there are going to be talks and the other side will surely talk to us about the necessity of investments, of commitments to reduce emissions of carbon dioxide, of the important wind potential of the Cyclades and of financial offsets. Then a short “no to wind turbines” will not sound as a credible speech! We need to develop our own vision and our own alternative plan. What should these be?

Our vision then may include instead of projects like the proposed “Copelouzos / ENEL» plan for the islands of Andros, Tinos, Paros and Naxos, a different, alternative plan where local communities are the protagonists. We propose the creation of a democratically organized “participatory Green Energy Production Company” (energy cooperative, alike the 2500 currently existing in the European Union and thousands others in the US), constituted from members/citizens and, possibly, in cooperation with the Region, the municipalities, the local PPC, business, social and environmental bodies, trade associations, labour centres and unions, workers of the NEORIO shipyard of Syros, tourism operators, private companies… Such a collaborative/cooperative enterprise can promote investment in renewable energy (wind, solar, biomass, low enthalpy geothermal, wave etc…) on Paros. Such a model can help the islands weaning off fossil fuels (oil) and simultaneously retain economic benefits to local communities.

Such models cannot be controlled by a few who would accumulate shares, but instead ensure that they remain under the control of local communities that will drive investment, taking into account the local environment, the needs of society and the efforts to protect the climate.

We are keen to help the Parian society to move in such a direction taking advantage from European know-how.

While 100% of donations are devoted to the cause for which they were donated, membership fees must cover the running costs of the END_OF_DOCUMENT_TOKEN_TO_BE_REPLACED