English » A love story with Paros 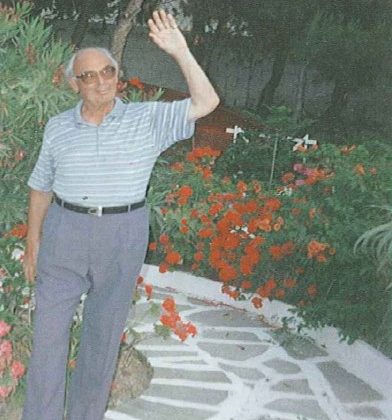 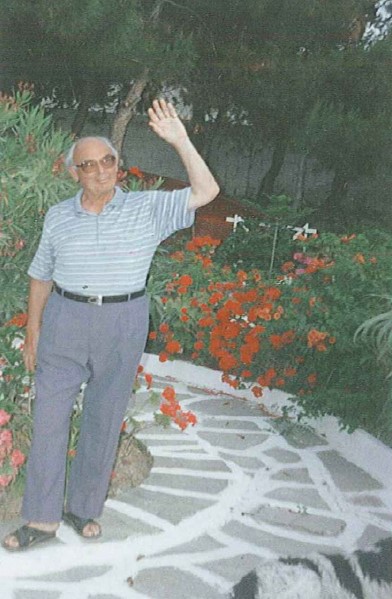 After the Second World War, Francis Depireux, with a law degree in hand, decided to join a Belgian company that traded tropical wood. The company had large plantations in what was then called the Belgian Congo. Francis was sent to the colony to supervise and manage the business there.

Francis was a hard working young man and spent many years in the “brousse”, dedicated to his company, but also very curious and respectful of the local population and its traditions. At a time when most Europeans had a disrespectful attitude towards the black population, Francis spent his free time learning their customs and traditions, taking hundreds of pictures of men, women and children living in the jungle, already aware that he was a witness to a fading world.

After a few years he became director of the company, and although he was based in Belgium, he still had to travel often to the Congo. In those days the journey from Brussels to Leopoldville (today known as Kinshasa) always included stopovers. Sabena ‐ the Belgian airline ‐ used to stop in Athens. Francis had not forgotten the time when, as a young student, was passionate about the history of ancient Greece. He knew almost every mythological story and could identify the names and relations of many gods, heroes and others members of the mythological world.

Without hesitation, and as a well organised manager, he planned to visit a place in Greece whenever possible. In 1967 he spent his annual holidays in Greece with his wife, Louise. Together they travelled the Cyclades, visiting all the wonderful and unspoiled islands. It took them many days and weeks as at the time there were no ships connecting the islands as they do today. Arriving in Paros they fell in love with the sight, the beauty of the scenery and the kindness of the people.

Francis told his wife that he would like to live in Paros when the time for retirement would come. They decided to look around Parikia to see if there was anything that could fulfil their dreams. There were no real estate agencies at the time and so they went to a solicitor’s office. Yes, there was a property for sale, as the owner had recently passed away and his widow wished to sell. Where was the property? Just outside Parikia, in a place called Germanika, after four Germans who had purchased a large piece of land by the sea, at the entrance of Parikia bay, close to a monument dedicated to a French ship called “La Superbe”. These four Germans had lived in Addis‐Abeba (Ethiopia) and had each built a villa. Francis bought one of these villas.

During the next 12 years Francis and Louise would come to Paros during the holiday season, as Francis continued to share his time between Congo and Belgium. In the late 1970s, Louise fell seriously ill and died. Francis, deeply hurt, wished to sell the villa, his dream of retirement with his beloved wife destroyed. Louise had an acquaintance, Yvonne, who met Francis for the first time a few months after Louise died. Francis came to see her to dispose of Louise’s clothes, purchased at Yvonne’s boutique in Brussels. Francis and Yvonne began seeing each other from time to time. Yvonne eventually gave Francis the strength to overcome his despair. Francis could see that there was a future to his life, and wished to walk into it with Yvonne. He decided to retire immediately and ask Yvonne to join him in Paros. She sold her business, and they started a new life, spending 6 months a year in Paros, from April till October, returning to Belgium only to see their children and grandchildren. Francis learnt Greek, spending his time reading and taking pictures. Yvonne, also called Mamita, enjoyed swimming, painting and organising parties, to make their stay a permanent vacation. In 1997, when Yvonne and Francis were close to their 80s, they decided to move closer to their family and left Paros.

The house remained empty for a few years, or occupied for a few weeks by family members. Francis often looked at his albums to remind himself of the wonderful
time he spent in Paros, fulfilling his dream of a happy retirement. He died in 2009.

In 2005 his stepson Roald Aerden eagerly took over to pursue Francis’s dream. He renovated the house and became active in local matters, such as the campaign to repair the sea wall that retains the beautiful promenade from the French Monument to the chapel of Ag. Nicolaos. Part of the wall has already collapsed and Roald has even offered to finance the repairs but the authorities haven’t shown any interest.

Roald and his wife Brigitte come very often to Paros and look forward to a peaceful retirement there, like their parents before them.

While 100% of donations are devoted to the cause for which they were donated, membership fees must cover the running costs of the END_OF_DOCUMENT_TOKEN_TO_BE_REPLACED