When I came here in the late 70’s the island was kind of frozen in time.

People were very friendly and I decided I wanted to live here as soon as the opportunity
occurred.

That opportunity came at the end of 1980 and I moved to Antiparos. Not until I retired from my job in 2005 and become permanent resident, did the full picture of the local mentality became clear to me. I’m speaking of the mentality that consists of “see no evil, hear no evil, speak no evil”, also relevant to the condition and the way animals are treated. As a tourist I had not noticed it and I’m still learning about the ways things function here.

When I retired I soon had a stray dog adopted, a wish for a long time, one I could never fulfill during my working life.

I was confronted with a mentality I didn’t believe could exist in a big part of the community, but I decided to confront the situation and to go ahead.

From one stray came a second and a third, which actually started my involvement with animal welfare.

I came in contact with Barbara Burki and PAWS on Paros.

I took in my first foster dog, it was Bello, a pointer-mix that after a couple of months found a forever home in Austria.

I accompanied Bello to Mykonos from where he had to fly to Munich.

I cried my eyes out on saying goodbye to Bello.

That started my involvement with PAWS and finally resulted in the founding of Antiparos own animal welfare organization AWA.

So, I might not be part of the community and seen as a strange individual.

I will do whatever I think is right to take care of animals in need.

I will try to show inhabitants and visitors a bit of knowledge about environmental problems that occur here or elsewhere.

One day people will see that it’s not appropriate to do anything in the name of greed or ignorance.

While 100% of donations are devoted to the cause for which they were donated, membership fees must cover the running costs of the END_OF_DOCUMENT_TOKEN_TO_BE_REPLACED 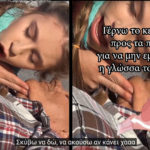 Update on the fund-raising campaign - 20 March 2020€1.500 are raised and 4 training manikins are END_OF_DOCUMENT_TOKEN_TO_BE_REPLACED