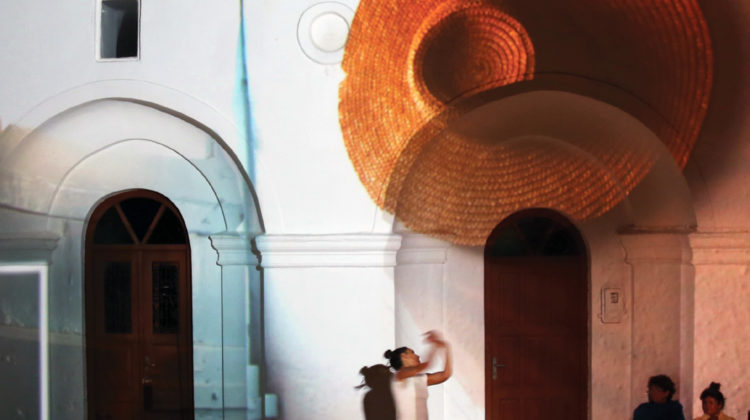 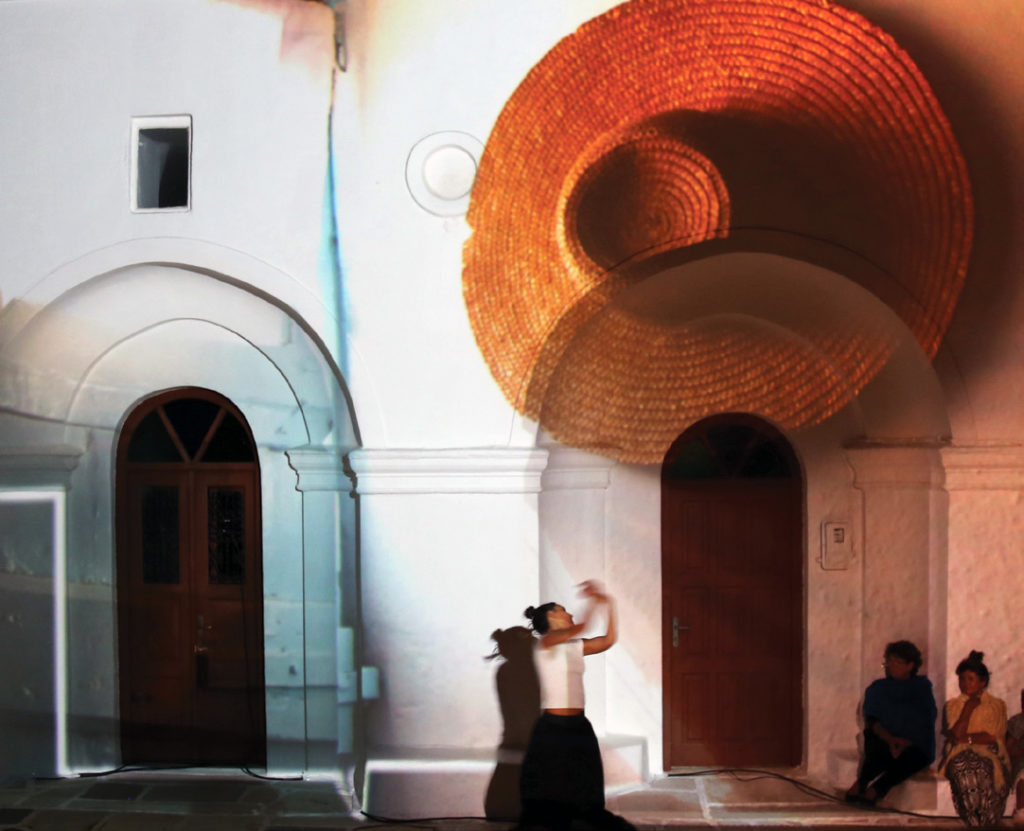 Marpissa is one of the most beautiful and large villages on Paros, with a special architectural, folkloric, historical and religious interest. However, the settlement is hidden behind the commercial use of the main road. Beginning in 2010, we wanted to create a festival that would motivate visitors to walk around and discover every corner, and locals to see their place with a fresh look and experience hidden aspects of their rich heritage.
The festival “Routes in Marpissa” has as central idea, which is the creation of thematic routes and points of interest in the traditional settlement of Marpissa around the issues of architecture, folklore, art, music and the environment. The main objective is the experiential approach of the activities so that each visitor has an active role in the events. The aim is to highlight the settlement, history and traditions through a modern artistic approach, creating a different proposal for the visibility of the site on the basis of sustainable development and culture.

The organizing team consists of volunteers of different ages and specialties with a common attribute, which is their love for the place, but also the willingness to offer and to create. Indicatively, we have culture, tourism, environment and public relations professionals, architects, graphic designers, educators, philologists, electricians and musicians, from students to retirees. There are also school pupils participating in the group.
More than 130 volunteers have supported the organization over the years.
Since 2011, a Non-Profit Society has been established to conduct the festival.

Yes, there is an organizational chart. The Routes of Marpissa are a complex and multilevel festival and the organizational chart is an important tool. Each volunteer is more involved in the field where he/she has knowledge and experience and participates in work and activities that concern the whole team.

Work for the festival is done all year round. The planning of the three-day event starts from October of the previous year, and through a process of exchange of ideas, suggestions and creative dialogue, the team decides on the core themes of the next “Routes of Marpissa”.

Since 2010, the festival has been gathering a great deal of material from the testimonies of the inhabitants of the settlement and of the Parians, through systematic recording, study and research. The selection of the topic each year directs the survey. The material is presented and exploited every year at the festival’s thematic stations and the festival’s events.

The concept is the main reason why the “Routes of Marpissa” has distinguished itself from numerous other festivals taking place in Greece and else. The festival has become known because of this powerful and original central idea, which is directly linked to the place. This particularity of the concept is a key element of the festival’s identity.
On the other hand, the volunteer team evolves each year through a dynamic planning process, reconstituting the final result. Maintaining the framework of the festival’s central concept, changes and different approaches have been made so far since 2010 when we first started. This flow and mood for improvement is a key feature of the volunteer team and helps keep our creativity and inspiration unabated. In addition, the festival offers the visitor a different experiential experience each year, due to the different theme and different activities.

Initially, feeling grateful for what we have been living for eight years through the Routes of Marpissa, we enjoy our voluntary engagement with the festival, which is a source of creativity and joy in the difficulties or the routine of our everyday life. This is because we live our present in the light of the next festival, with the vision of a future that motivates and inspires us. We invite the audience this year to come and walk with us in Marpissa for the ninth consecutive year on 24, 25 and 26 August!

We have many dreams for the future of the festival and our plans are prodigious. We wish to find the required time in the framework of our voluntary action and the appropriate ground for their implementation.

While 100% of donations are devoted to the cause for which they were donated, membership fees must cover the running costs of the END_OF_DOCUMENT_TOKEN_TO_BE_REPLACED