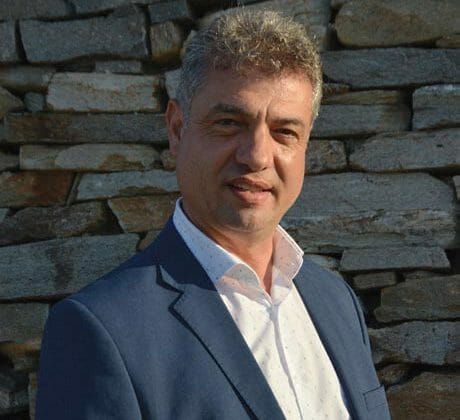 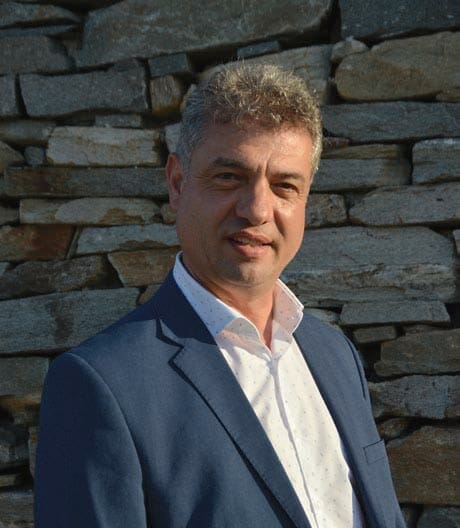 Dear Mayor, at the Friends of Paros General Assembly held last August, our members complained about the island’s state of cleanliness. You agree that there is a problem and we would like to know how you intend to address this issue in the future?

The Municipal Authority’s priority is to ensure that Paros enjoys a sustainable and healthy environment. The Municipality of Paros, in its request dating from February to central government, asked for the authorisation to take on extra seasonal staff to cope with the increased demands for the duration of the tourist season. Unfortunately, the authorisation was delayed and received only in July, and granted only 50% of the staff numbers requested.

At the same time, the volume of waste increased dramatically this year, principally due to the increase in the influx of tourists to our island, which means that one record was broken after another. Despite our understaffing, through planning and thanks to the extraordinary efforts of the Municipality’s staff responsible for cleaning and waste disposal, we managed to maintain Paros as the cleanest island of the Cyclades.

Given that the issue of increasing the workforce is not likely to change in the near future, we are focusing on information and raising public awareness regarding environmental matters and recycling, so namely when, where and how we have to dispose of our rubbish.

At the same meeting our members referred to the state of the Paros Health System. What opinion do you have on this issue and what improvements are planned? How can our Association help?

The Paros Health Centre is the only ‘nursing’ unit on the island that is State run. As the Paros Municipality, we do the maximum, within the limits of what is possible, to extend its operation and we are constantly working with its administration and the employees to provide them with whatever they need. This year, we were fortunate that the Health Centre was staffed with new Doctors covering the specialities of Pathology, Paediatrics and Orthopaedics and there was a marked increase in the number of citizens who were treated. We are demanding further staff for the Health Centre to cover the new specialties required to meet the ever increasing health service needs of the island’s residents and visitors.

What we want is for citizens to be healthy, safe and to enjoy the health which is rightfully theirs. The private Doctors’ practices operating on the island contribute to this goal, as does the operation of the new airport, as transportation of patients by air is now possible, apart from helicopters and with C130 type planes. Furthermore, we hope the air ambulance of the Velentzio Institute will once again be operational.

Paros today is considered a safe island in health terms, however we are constantly fighting for health services and we are ready to fight whatever battles we have to in the future. As we have done in the past, for example, with our active insistence that the air ambulance remain on our island and we were vindicated.

In these battles we want all of you to be fighting alongside us, in whatever way you can help. 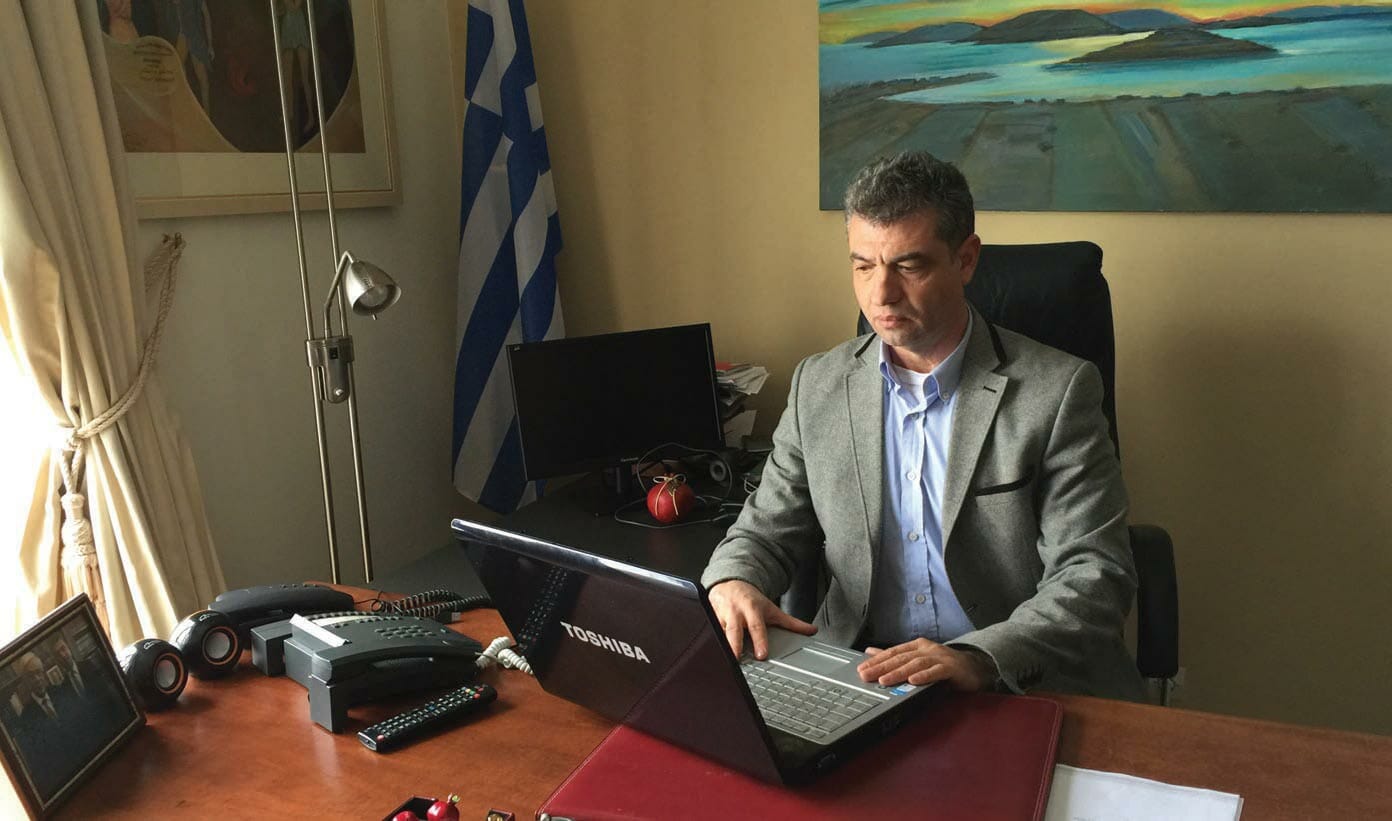 Our General Assembly also decided to support the efforts of Paros Municipality and the Cultural Association ‘Paros Archilochos’, for visitors to have access to the Ancient Quarries. What action are you taking to that end and how can our Association help?

The present Municipal Authority set up the Municipal Committee for Cultural Development and made protecting and promoting our cultural heritage its first priority from the outset.

The Municipality of Paros has expressed its intention to purchase and request funds for their preservation, for the purpose first and foremost of ensuring their stability and subsequently to promote them and exploit them. The basic precondition for any action on our part is that we receive an assurance from the Ministry of Culture that, as the Paros Municipality, we would have the final say on how the site would be managed.

Our Members have been informed about the construction of a new commercial harbour in Kaminaki, Marpissa. What is your opinion about this location and what is the feasibility and usefulness of the new harbour?

The plans for the new harbour aim to repair the major environmental damage that is taking place at the harbour of Parikia and at the same time to upgrade its remaining operations (passengers, tourists etc.). In parallel, the economic development that our island is experiencing requires the construction of a new harbour that will concentrate economic activities and contribute to the island’s sustainability and prosperity.

Following studies, the plan is to locate the new harbour in Fyrogeni – Varouxas, in the Community of Mapissa. This location was considered preferable with regard to its exposure to the sea, the impact on the natural environment and the absence of conflicting activities and of residential areas close to the harbour area. Furthermore, this offers a future prospect of a shorter connection between Paros and Naxos, for health reasons (hospitalisation) and legal matters.

As both the activities and the operation of the harbours are currently subject to a new institutional framework and new legislation, this gives us the opportunity for the New Harbour to meet these high standards, including also the total protection of the surrounding areas and the natural shoreline.

Our aim is for the works to serve as a prototype of what can be achieved: to build a quality harbour that will enhance residents’ quality of life, respect environmental regulations and establish the requisite conditions for the development of the wider area. Lastly, we demand that its location and routes be far away from residential areas.

While 100% of donations are devoted to the cause for which they were donated, membership fees must cover the running costs of the END_OF_DOCUMENT_TOKEN_TO_BE_REPLACED