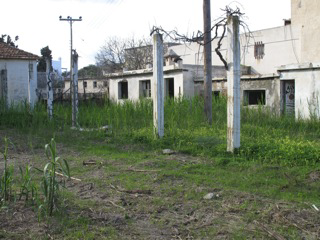 How the derelict Agrokipio could evolve into a botanic garden

The  Agrokipio  (agricultural  garden)  of Parikia used to be the pillar of the island’s agricultural  economy  before  the  advent  of mass tourism in the 1980s. For long in a state of dereliction, it has recently attracted attention as part of a new and growing tendency in the island in favour of endogenous development.

This approach sees the transformation of the Agrokipio into a Botanic Garden that will draw on the local biodiversity with an emphasis on indigenous plants of ornamental, medicinal and culinary value. This type of botanic garden will be a great asset both in recreational and educational terms. It will also have a multiplier effect, especially through the creation of small enterprises on the island that will engage in the production and trade in special plants, biological cosmetics, dried flowers, essential oils and other high value products.The crucial difference of this approach, from the conventional idea of the Municipality to create an “urban park” as part of the redevelopment of the waterfront, is that the garden will operate as a social enterprise following a self-financing model.  A working group, under the auspices of the Hellenic Agricultural Orgabisation “Dimitra”, is ready to turn this concept into a tangible project, combining an imaginative design with viable business plan.

While 100% of donations are devoted to the cause for which they were donated, membership fees must cover the running costs of the END_OF_DOCUMENT_TOKEN_TO_BE_REPLACED