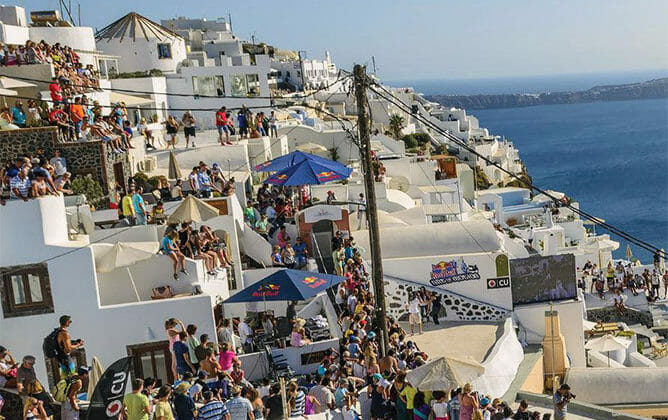 So far, the majority of tourism stakeholders in Paros are accustomed to measuring tourism performance in terms of visitor numbers, ignoring other indicators. And yet tourism, due to its massification, is globally in a phase of unprecedented change and the motto is clear: “either we change or we sink”! 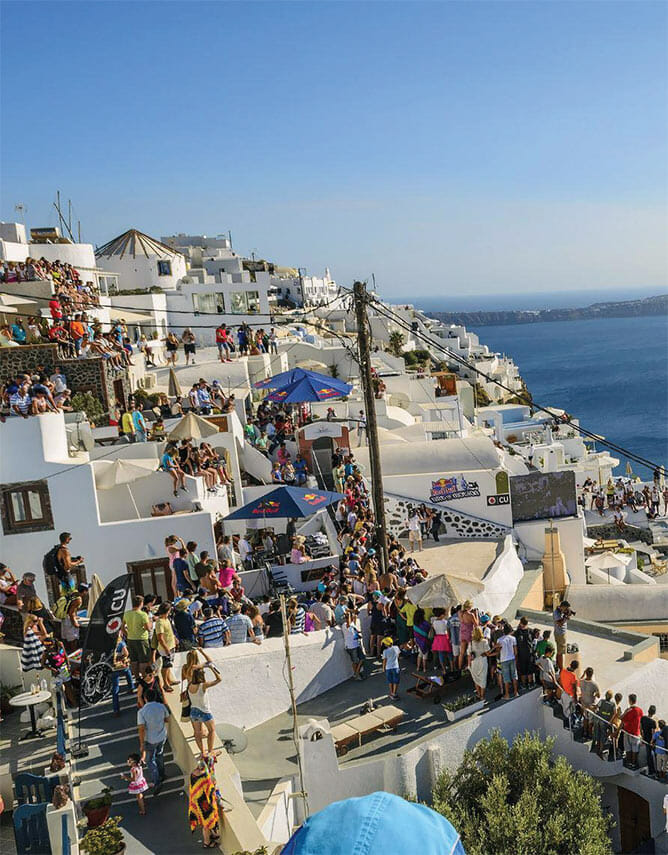 In Greece, we went from 15 million arrivals in 2010 to the double in 2018 (source: INSETE). And in Paros, we must have had to accommodate this year more than 175,000 visitors. Not many must be those who have not been able to at least sense how too much tourism can kill tourism. As did the inhabitants of Mykonos, Santorini, Venice or Barcelona. This brings us to the big question: should (too much) tourism inevitably degrade the quality of life of residents and damage what is most valuable to the destination, the very reason for which it became a privileged destination? Innovative tourism researchers say: “Of course not on the condition of forgetting the tourism model that we know, to stop talking about tourism development and think about how tourism can become a tool to make the village, island, city or country better. Make it better first for its inhabitants and entrepreneurs, with the idea that happy residents means happy tourists, hence a prosperous economy!

To go to the concrete example of the island that we love, Paros has probably become popular among others by the hospitality of its inhabitants, the simplicity of its architecture, the tranquility and the diversity of its environment, but especially by the fact that everything is on a human scale, from where emanates an inspiring sense of well-being.

After fifty years of tourism with a tendency to go crescendo quantitatively, the project begins to crack. Greed takes the place of hospitality, bad taste and show-off take precedence over simplicity, the hinterland is getting urbanized, and stress takes over well-being.

But what went wrong? First of all, that from a certain point in our touristic journey we thought we should consider tourism as an industry. But a tourist destination is above all a place of life, first for residents, then for visitors, not an industry! To deviate from this trajectory and avoid the abyss, it is necessary to become more selective and to target mainly the type of visitor who will be able to estimate and be respectful of all those attributes which constitute the character of the island and which are essentially part of its natural and cultural heritage. This type of tourism forces conservation and restoration of heritage. It encourages innovative projects that enhance the natural and cultural heritage, such as that developed by two PhD students in architecture entitled “The Stone Path Strategy”, about which you can read a short presentation in the Bulletin no. 18. The FoP will present in more details the project in the next few months. We can imagine a multitude of innovative projects, to mention only the regeneration of old salt marshes that would produce fleur de sel or the development of indigenous medicinal and aromatic herbs.

On the other hand, we have to be very careful about the infrastructure work that we are planning. For example, the commercial port of Kaminaki will devalue an environmentally untouched Natura region with the justification of decongesting Parikia. In fact the port of Parikia is going to be just relieved of the exports of the mining company Riga of Marathi and imports of fossil fuels. Smarter planning would have been the stopping of exports of low-value building materials and the closure of the quarry, which dangerously (and scandalously) degrades the quarries of ancient marble, and to prepare the energy transition of Paros which will free us from fuel imports. The extension of the airstrip at the airport is another problematic project since it could deliver Paros to the appetites of large-scale travel or real estate merchants, of which Paros has nothing to gain but everything to lose.

While 100% of donations are devoted to the cause for which they were donated, membership fees must cover the running costs of the END_OF_DOCUMENT_TOKEN_TO_BE_REPLACED