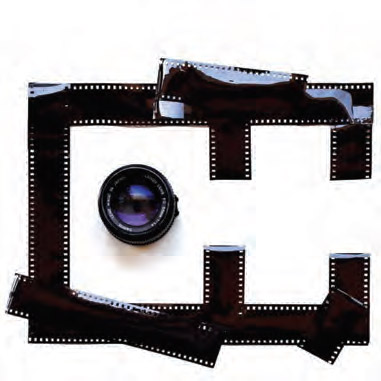 The smallest international photography festival in the world

2013 was a milestone: Since then, Antiparos hosts the smallest international photography festival in the world. This year, it will take place from 7 to 16 July.

The festival is the spiritual child of three people: Mary Hatzakis, director of the local gallery “Anti”, the engineer Yannis Bagourda, and the translator David Frazer Wray, who visits the island for countless summers now.

“We wanted to give something back to the island,” says David. “Given our common interests, we considered it a clear choice to create a photography festival. I am the  manager of the Antiparos Photo Gallery on Facebook, with more than 5,000 actual members – about five times the population of Antiparos – so we all saw how interesting it is for the island itself and its art photography as well. “

We started in 2013 on a very small scale, with exhibition space in the ‘Anti’ gallery and in a vacant apartment, availed to us by a very kind friend for the exhibition. We highlighted projects of local and Greek photographers, and some few exceptional amateurs from other countries. We were surprised by the positive response – not only from the summer visitors but from the locals as well.

In 2014, we decided to upgrade the festival. We were given the permission to use the Castle – the Venetian castle of the 15th century, which is located in the center of the village – and for the first time we exhibited works outdoors on the ancient walls of the Castle. This, of course, has created some problems. First, the Castle was in a bad condition, so we had to clean it, paint it and light it. In addition, we could not just lock the entrance of the Castle every night after the hours of the show, so all the photos had to be come down, kept safe and hung back the next day – all this on a daily basis for 10 days! Also, as it was very windy, we had to tie the photos to the walls with “long line hair”! The truth is that we still stick them with hair as it is needed!

Nevertheless, in the second year we had bigger international participation and wider recognition. Our photographers were mostly professionals and semiprofessionals. A workshop was organized, led by Magnum Photos’ acclaimed photographer Gueorgui Pinkhassov. But even more important was the reaction of the local population. Not only had the event become – as we could all see – a serious festival, but we had also cleaned and limelighted the Castle! Out of the blue, it was possible for the people who lived next to Castle for years to admire its magnificence -and all that thanks to a little cleaning, painting and lighting.

However, our fund started to dwindle in 2015. We had been lucky until then, but eventually the financial crisis hit us as well. By contrast, photographers who were interested in  participating were so many that were almost put in a waiting list. However, we managed to make a donation to the local school, just like every year.

Today, we are officially registered as a non-profit association under Greek law, which allows us to seek funding. This year, we received for the first time a grant from the Antiparos Municipality, which actually allowed the festival to continue.

This year, most participants are Greeks, but we will also showcase photographers from Turkey, the United States and Norway. The honored person this year will be Platon Rivellis, who is considered one of the most prominent photographers and most important photography teachers in Greece.

What is it that makes the Antiparos International Photography Festival so unique? First of all, it has to do with the island and the inhabitants of the island. Second, as far as I know, it is the only international photography festival that exhibits works in the open air. The Castle makes the festival very special. But above all, it has to do with love. Our common love for the island, and the love we have for each other.

While 100% of donations are devoted to the cause for which they were donated, membership fees must cover the running costs of the END_OF_DOCUMENT_TOKEN_TO_BE_REPLACED