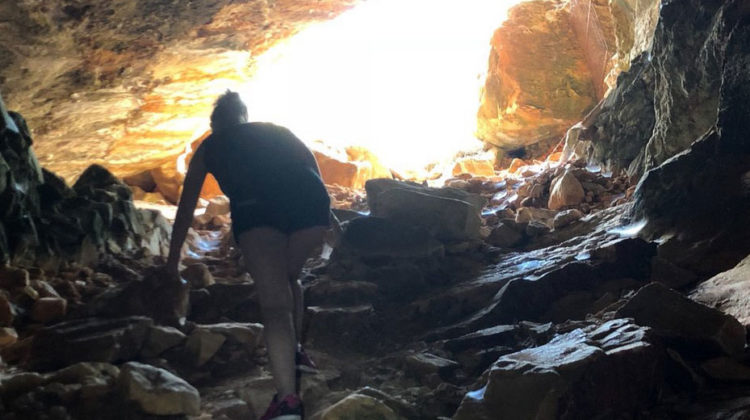 The ancient quarries, near the village of Marathi, were in operation from the Early Cycladic period (3200 BC) until the 19th century. They include a number of magnificent underground galleries created from the extraction of marble. All set within an enchanting natural environment.

The ancient quarries with their brilliant white and translucent marble, the ‘lychnite’, never ceased to be the link of the cultural identity of Paros. The most important sculptors of antiquity have used the “lychnite”for their famous sculptures. And as underground quarries, they are considered unique, a true monument of world heritage.

Unfortunately their current state is deplorable. The ancient galleries are neglected and inaccessible – a source of constant disappointment for thousands of visitors to Paros. The modern neighbouring quarries operate in a way that poses a real threat to the ancient monument. Spyros Mitroyannis, President of the cultural association ‘Archilochos’ says that “it is possible that some of the galleries will collapse and an important monument of world interest will be lost. A wider movement is needed to rescue the ancient quarries”.

For many years this issue has not been resolutely dealt with by any of the responsible authorities. That is why an initiative of local bodies for the rescue, protection and promotion of the monument and broader area of the ancient has begun. Yorgos Vlandas, President of “Friends of Paros” stresses that the FoP consider the archaeological wealth of Paros a key part of the cultural heritage and the unique character of the island and intend to contribute to this initiative. It is worth noting that the Cultural Heritage Committee of the Municipality of Paros, chaired by Prof. Dora Katsonopoulou, is working with the local associations and proposes to designate 2019 as the “Year of the Ancient Quarries”.

Today, we offer a briefing to the readers of the Bulletin through a series of FAQs and aim to return in a future issue with detailed proposals.

While 100% of donations are devoted to the cause for which they were donated, membership fees must cover the running costs of the END_OF_DOCUMENT_TOKEN_TO_BE_REPLACED