English » “Skopas and His World” 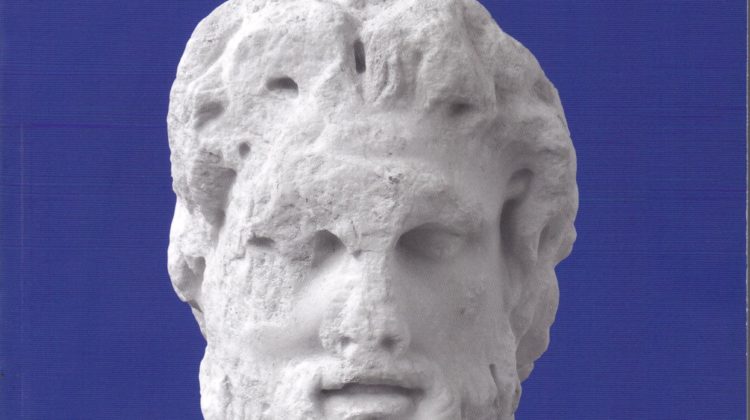 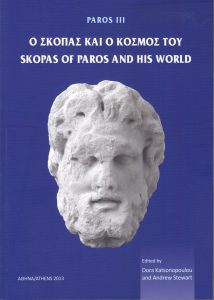 Τhe Institute of Archaeology of Paros and the Cyclades (ΙΑPΚ), announced the publication of the proceedings volume of the Third International Conference on the Archaeology of Paros and the Cyclades held in Paroikia of Paros from 11-14 June, 2010, entitled Ο Σκόπας και ο Κόσμος του – Skopas and His World and edited by the President of IAPK Dora Katsonopoulou and Andrew Stewart. The presentation of the proceedings tοοκ place in the Archilochos Hall in Paroikia on 5/4/2014.

The volume, includes a total of thirty-four scholarly papers, divided into four parts. Part I, entitled “Skopas of Paros and Earlier Parian Sculpture”, includes eight studies on the sculptor’s personality and work, and the latter’s relationship to the island and its previous sculptural output. Part II, entitled “Skopas the Architect”, contains nine papers on the artist’s architectural projects, and Part III, entitled “Skopas the Sculptor”, includes twelve papers on his art and the statues he created for various cities over the course of his long career. Finally, Part IV, entitled “The Impact of Skopas’ Work”, contains five papers on the influence that his art exerted during the ancient world. The ΙΑPΚ is planning a series of events to present the unique Skopas volume starting from the island of Paros on April 5, 2014. Then, presentation events will follow in Athens and other European capitals after the special interest expressed by archaeologists from abroad.

While 100% of donations are devoted to the cause for which they were donated, membership fees must cover the running costs of the END_OF_DOCUMENT_TOKEN_TO_BE_REPLACED